Why is Boop so Hyped about Periscope?

June 3, 2015
Periscope is a live-streaming mobile app which was launched by Twitter at the end of March. Periscope made an appearance in my April favourites video on YouTube as I began to discover how much fun it was. Fast forward a month later and I’ve fallen hard for this little app and thought I’d share with you my reasons why in today’s blog post. I know in Ireland & the UK a lot of you might not have heard of Periscope yet so I’m also going to run through a really quick ‘how-to’. 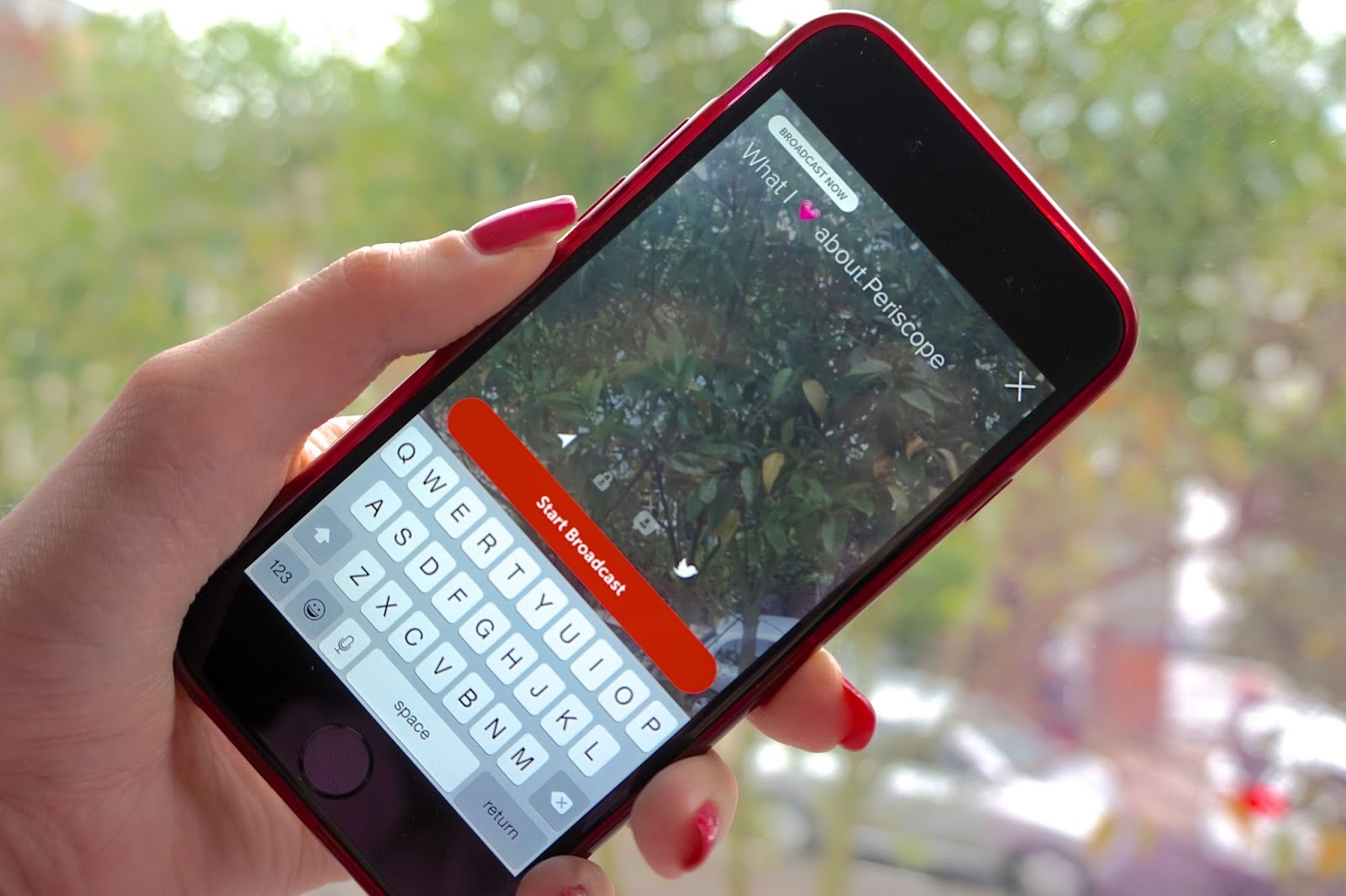 How do I use Periscope?

Begin by downloading the app from your app store. Initially Periscope was only available on iOS devices but since the end of May it has also become available for Android users. Since Twitter own Periscope it is linked to your twitter account and when you set it up it will automatically pull in your username, twitter avatar and all of the twitter accounts you follow which are also active on Periscope. This gives you an opportunity to follow them on Periscope and start getting a feel for how the app works. I should point out that you have an opportunity to change your Periscope username once upon set-up and currently it’s not possible to change it after this. I use an iPhone so the instructions below might look a little different to how I’ve described it here if you use Android.
In a nutshell you use Periscope to live-stream via broadcasts which you then have the option of saving at the end of the broadcast and allowing your followers to replay them. Viewers can interact with the broadcaster via comments which appear on the screen for all to see and they can also use hearts to hype the broadcaster (similar to twitter favourites aside from the fact viewers can send as many hearts as they like to the broadcaster – no limit that I know of).
Now that you’ve got Periscope installed on your phone what next? Well you will see four little icons across the bottom of the app and I’m going to very quickly explain what you can find on each tab.

Why is Boop so Hyped about Periscope?

There you go, that’s the first reason – Boop. I’m usually called Bec, Rebecca or Bec Boop but since my Periscope handle was @BoopFashionista it was quickly shortened to just Boop by my Periscope friends and I love it! This brings me nicely onto number 2 – Periscope friends! Periscope friends are the best! I’ve had such fun on Periscope and made virtual friends with some of my favourite ‘Scopers such as Summer who lives in Florida and blogs at Dirty Floor Diaries. I also love watching Lisa Appleton‘s ‘scopes and of course my fave – Bradman TV – the Periscope legend.
One of the main reasons I’m so hyped about Periscope is the fact that it is fun…super fun! Last weekend I participated in a global scavenger hunt via Periscope – the #ScopengerHunt organised by BradmanTV and I actually won a prize too! I’m just having the best fun on Periscope and meeting so many wonderful personalities. As with any app you’re going to come across a couple of trolls here and there but Periscope have made it super easy to block said trolls so they don’t really impact upon the overall experience.
Since using Periscope I’ve connected with a whole new readership base for Bec Boop and I find it to be the most interactive app out there. I love chatting with you guys 🙂 I currently run a daily slot #BoopsDailyScoop where you can catch me talking about whatever topic interests me that day. I also broadcast my daily makeup routine, #ChattyScopes and take you with me when I attend events here in London.
If you think you might be bitten by the Periscope bug hop on over and search for @BoopFashionista or Bec Boop to follow my daily broadcasts and adventures in London.
Connect with Bec Boop