And the award for best dressed goes to…

March 12, 2013
Now that the awards season has come to an end let’s look at this years success in the ‘Fashion’ category of 2013. I have selected my three favourite awards ceremony outfits worn by Jennifer Lawrence.
Starting from the most recent ceremony, the Hunger Games star not only was a big winner at the Oscars,picking up the award for Best Actress, she also scored high on the fashion stakes. Wearing Dior, she was stunning in a pale pink bridal style dress. This was paired with a Chopard backward necklace which showed her originality and youth. I can see this becoming a big trend on the high street. Simply get any long beaded necklace and wear it backwards for the perfect ‘Fashionista‘ finish!

Jennifer opted for a black Valentino dress at the People’s Choice Awards. Jennifer, again gave this vintage style dress a modern feel. The embellishments add a touch of glam and it is no wonder she was a winner on the night! I love the long sleeves paired with the draping feature which is a look I have not seen a lot of. The slit in the leg added femininity and to Jennifer’s sex appeal which has been undoubted since her show stopping performance in ‘Silver Linings Playbook’.

In contrast to the extravagance of the other two dresses I chose this apparently simple navy dress as worn by Jennifer at the 2013 Screen Actors Guild Awards. Jennifer was certainly one to cause a lot of gasps at the awards ceremony’s this year. If she wasn’t falling up the stairs at the Academy Awards this dress had people thinking she had a serious wardrobe malfunction when it looked like the fabric had come apart at her upper legs. Although, I’m sure she would have made a smooth recovery from this drama, it was explained as the cut of the dress by designer Christian Dior Couture. Her bravery in experimentation when it comes to fashion is one of the reasons why Jennifer is such a big winner this year.

I am definitely looking forward to seeing more Red Carpet pictures from Jennifer over the next year! 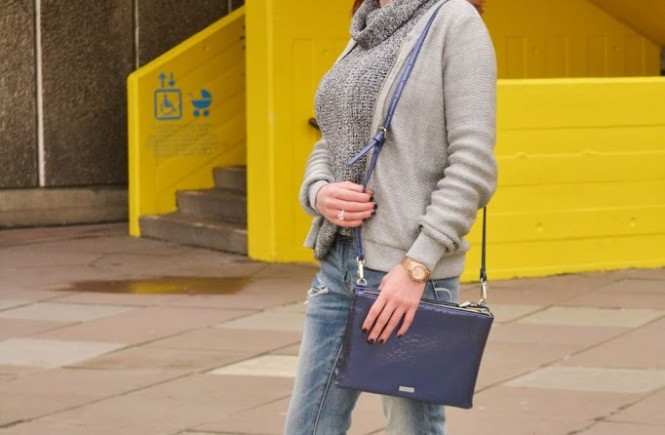