February 22, 2016
My London Fashion Week AW16 started on Saturday morning as I attended the Jasper Conran fashion show. To be sitting here and writing this blog post is one of the highlights of my time as BecBoop, the blogger. I moved to London exactly one year ago and to be invited along to the Jasper Conran AW16 collection preview to officially share the fashion show on my Periscope channel was an absolute honour and dream come true. Almost 2,000 viewers were able to see the collection during my live stream broadcast and afterwards on replay for 24 hours and I was so pleased to be able to share such an exquisite collection with my viewers. If you missed the show I have included it at the end of this post so that you can enjoy. 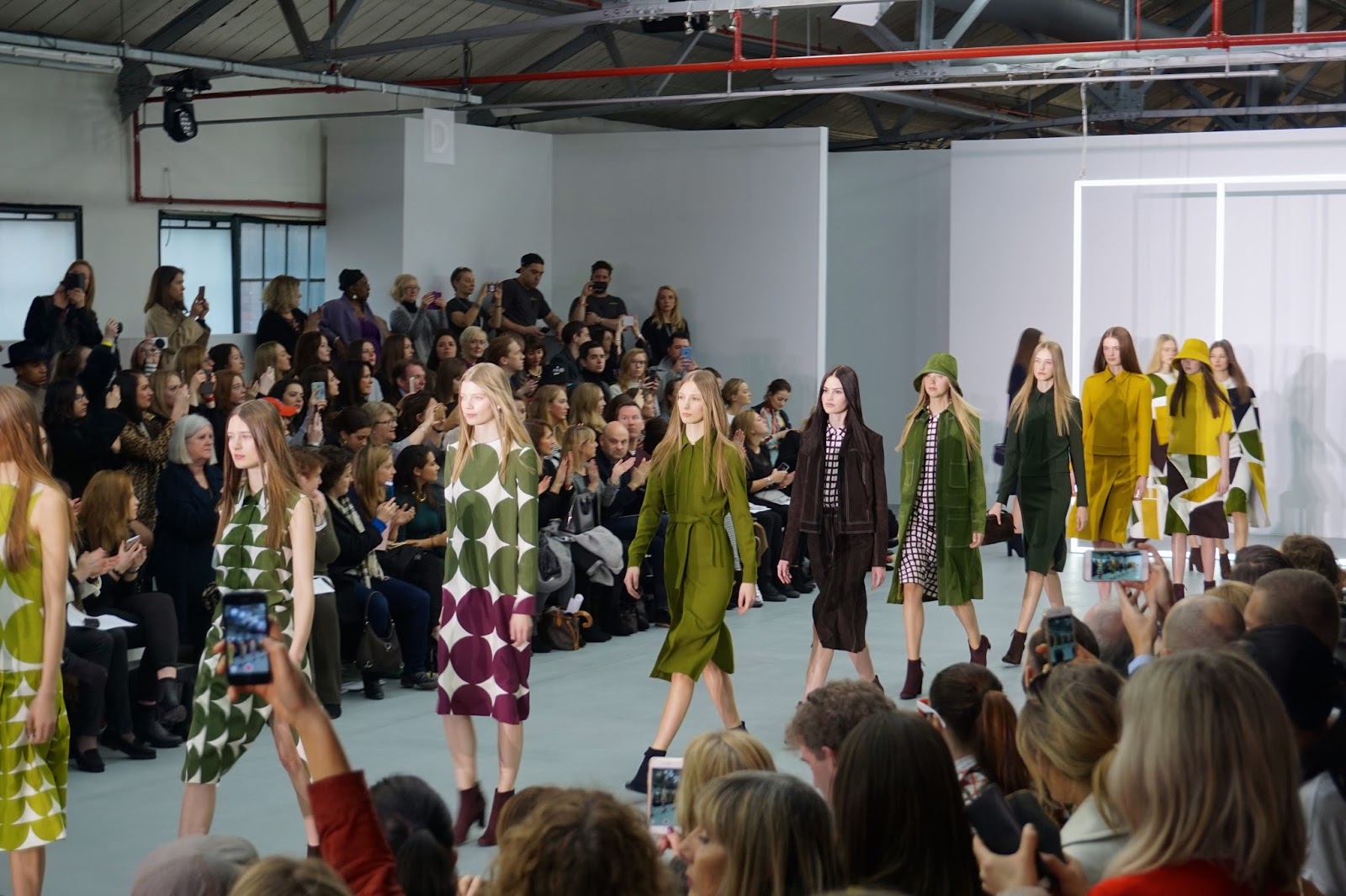 The show took place in the official London Fashion Week show space at Brewer Street car park in Soho. Shortly after I took my seat and prepared my live streaming equipment the music began and the models began to walk. Instantly I knew this would be a fast-paced, high energy show and I loved every second of it. I love that Jasper Conran’s collection is always one of the most wearable ones from London Fashion Week and this was echoed in the comments on my Periscope broadcast. His Autumn/Winter 2016 collection takes inspiration from the world’s architecture and art. The first set of looks comprised of monochrome and large geometric shapes or stripes. The bucket hat made an appearance in the first look and went on to feature in many of the other looks in the show. I love a good hat so was thrilled to see this on the London Fashion Week catwalk.

Against a solid white background the next set of looks featured olive and yellow tones again with large, simplistic shapes in the design and excessive colour blocking. There was a hint of military feel to these outfits with combat dresses and large pocket detail being a frequent theme. Next it was on to metallic, candy-cane like stripes which I adored with detailed tailoring and splits on all sides. It was such a pleasure to see Jasper Conran challenge the boundaries of Autumn/Winter by including bright tones this collection. 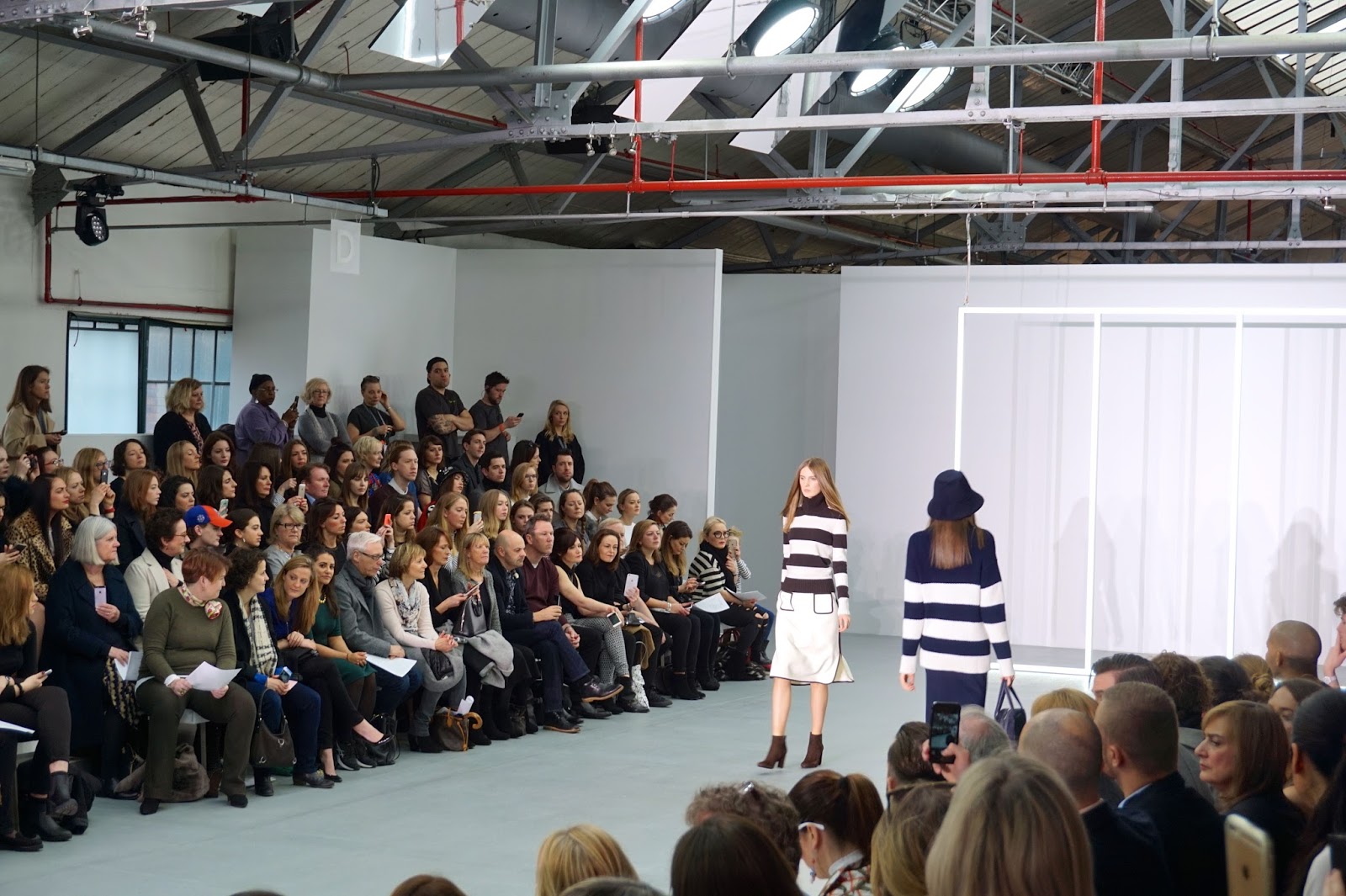 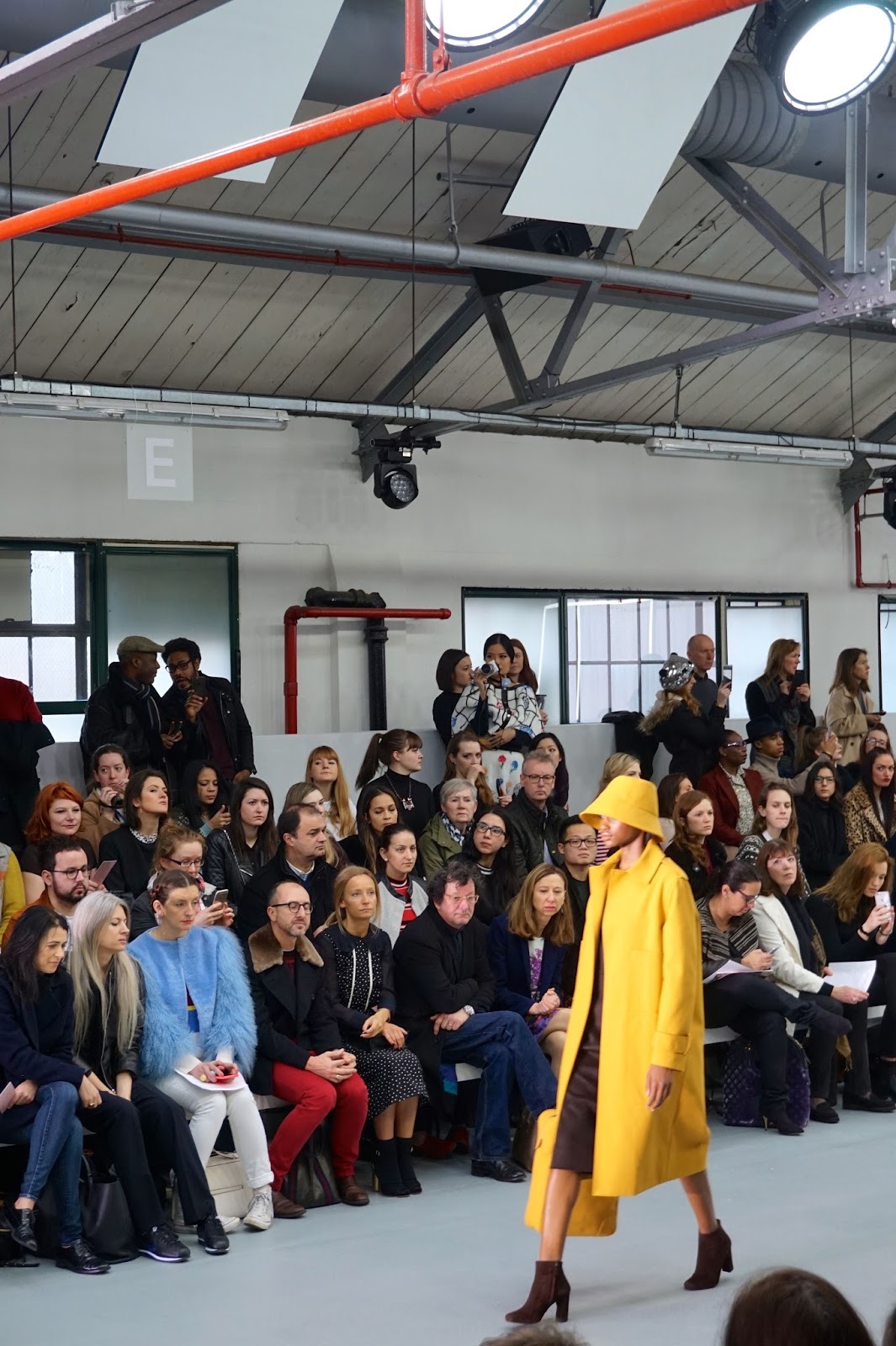 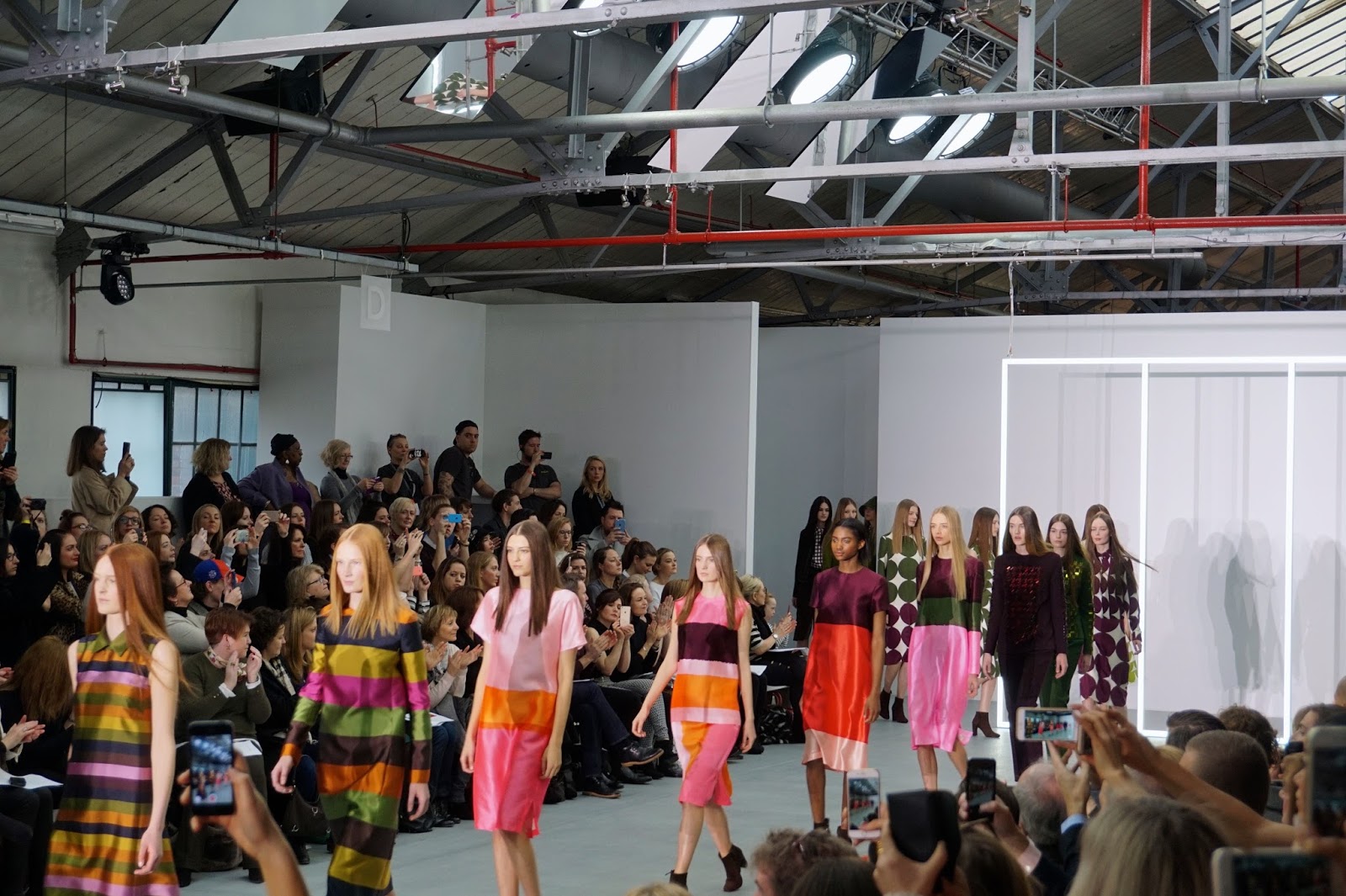 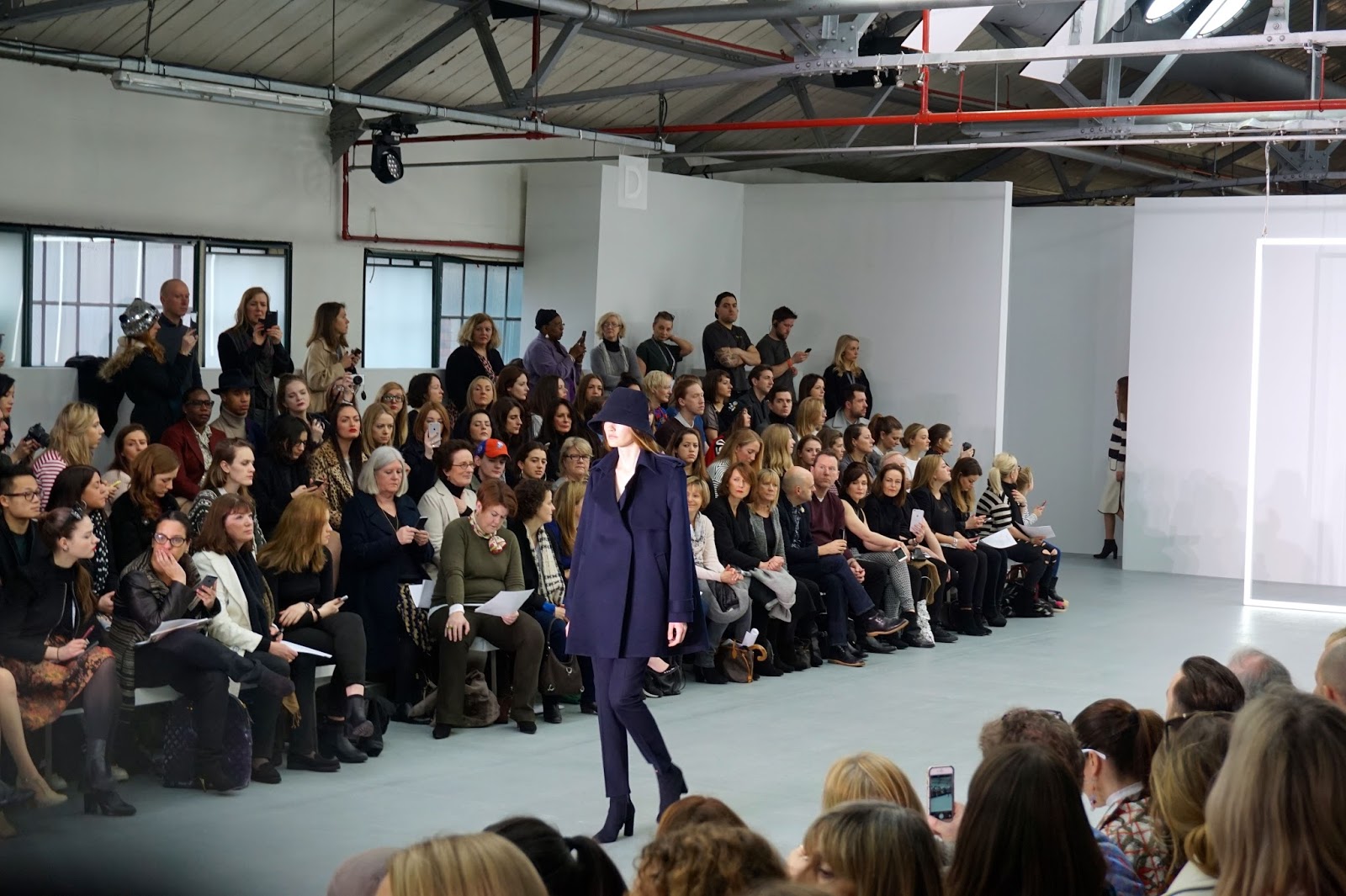 I’d love to hear from you in the comments below.  Let me know your thoughts on this collection.

All About the Coat