July 13, 2015
I got my first taste of Wimbledon excitement last week when Ladbrokes invited me along to their Wimbledon Summer Party Bloggers event in London. I had been stalking the hashtag (#WimbledonSummerParty) in excitement all week before the day of the party and it was one event I was much looking forward to. A couple of days before the party I received a cute, personalised invite in the post which you can see over on the Bec Boop instagram page. The dress-code was white and we were promised a Best of British fun-filled night! 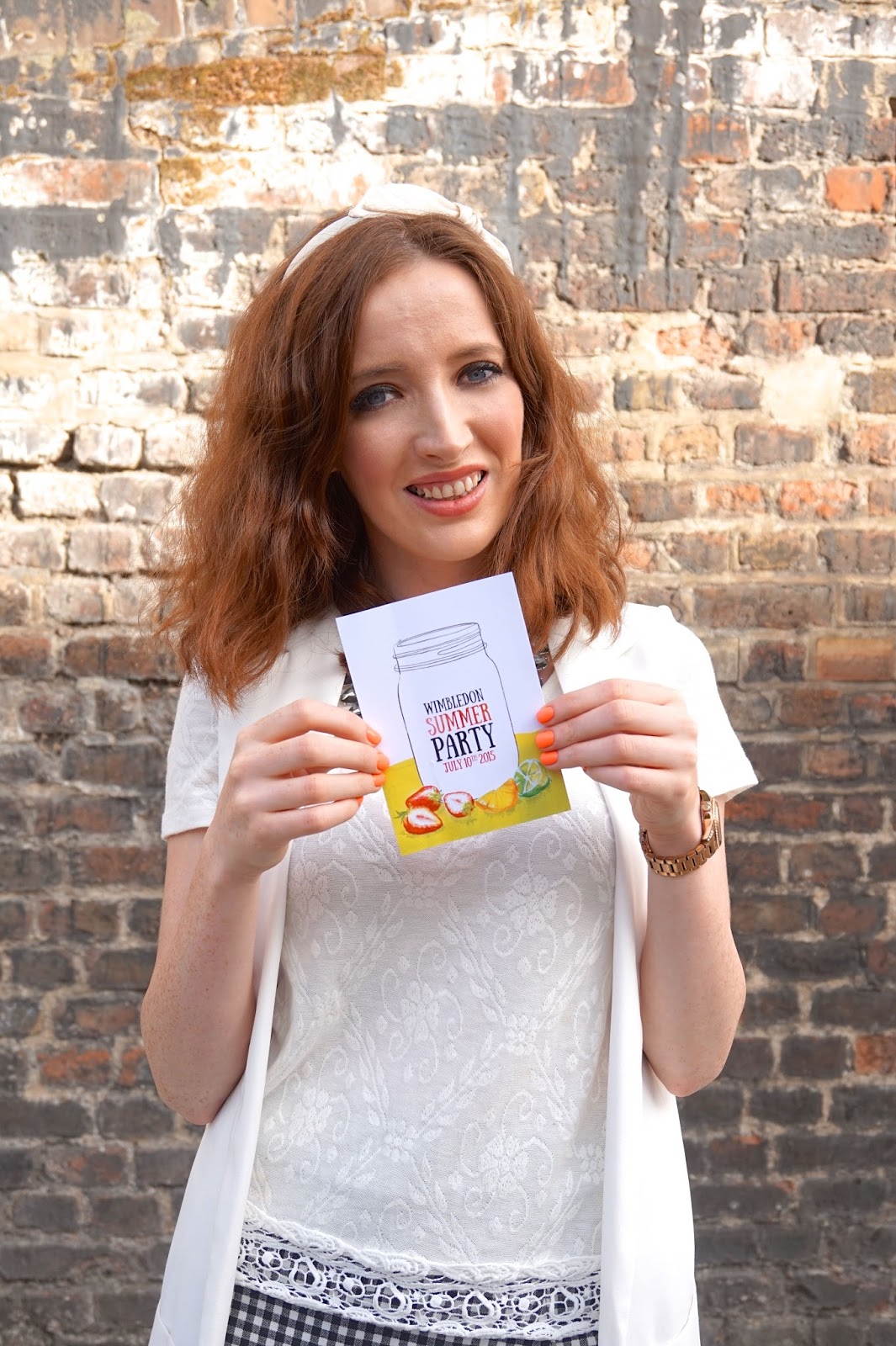 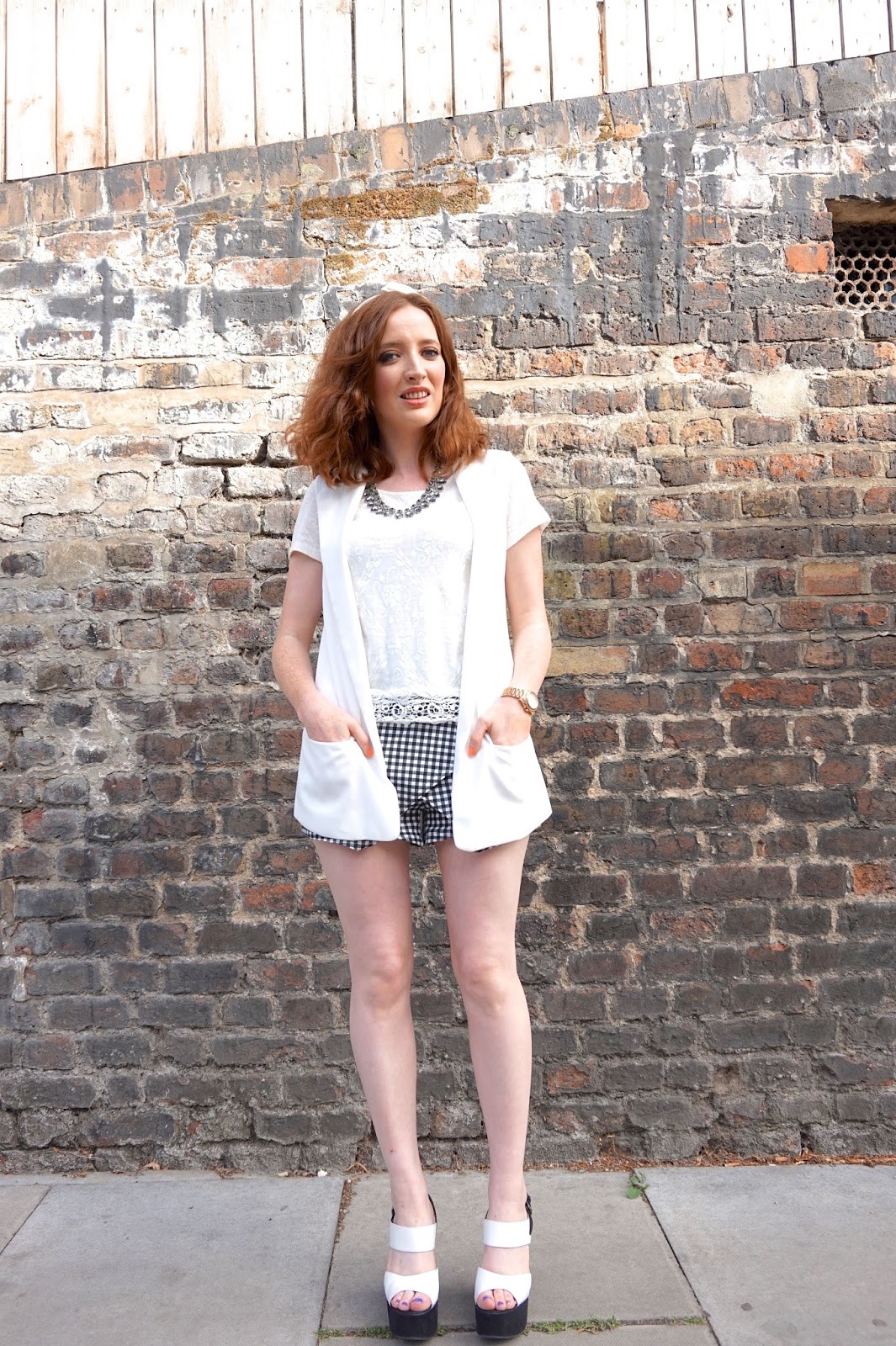 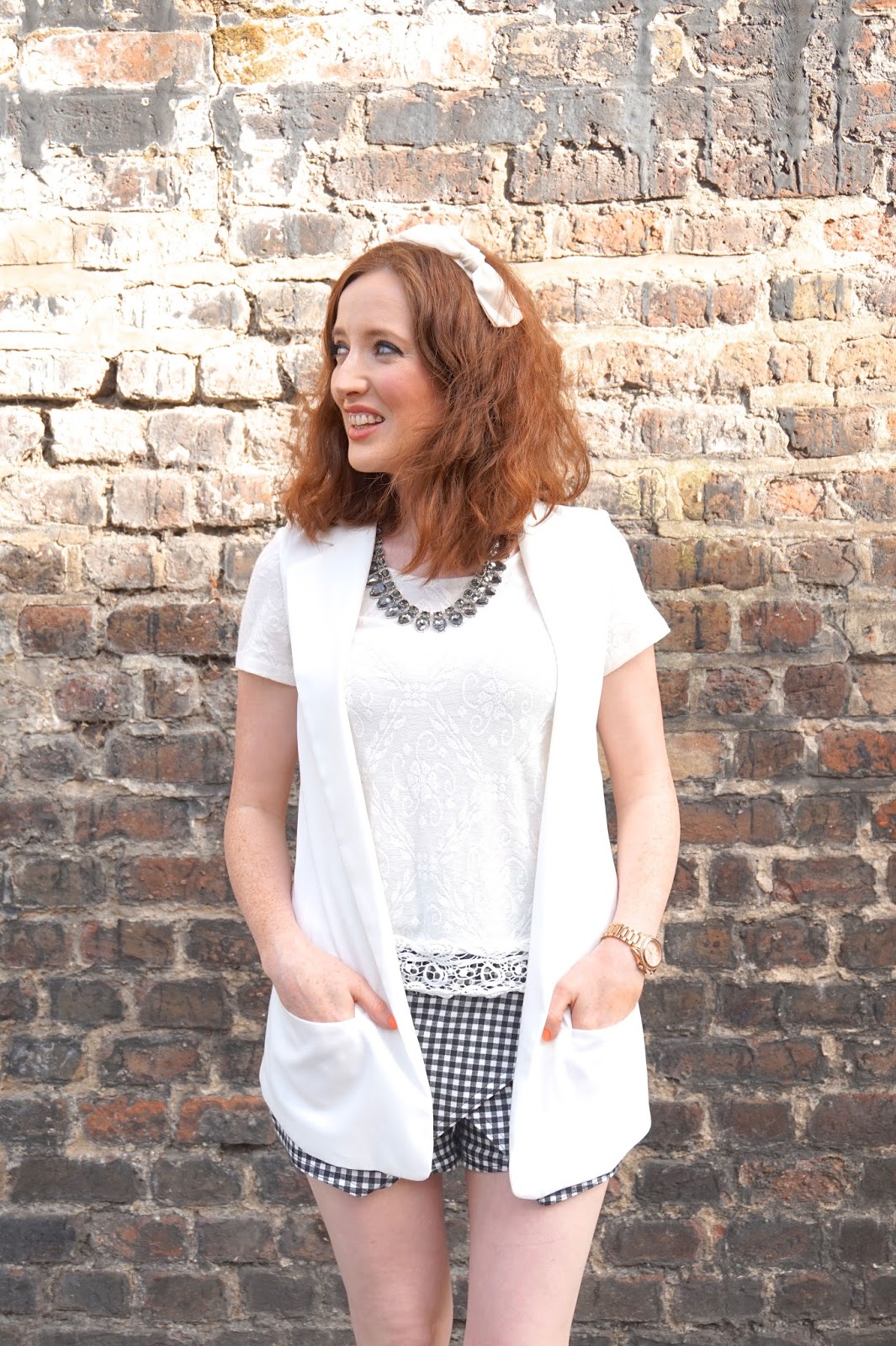 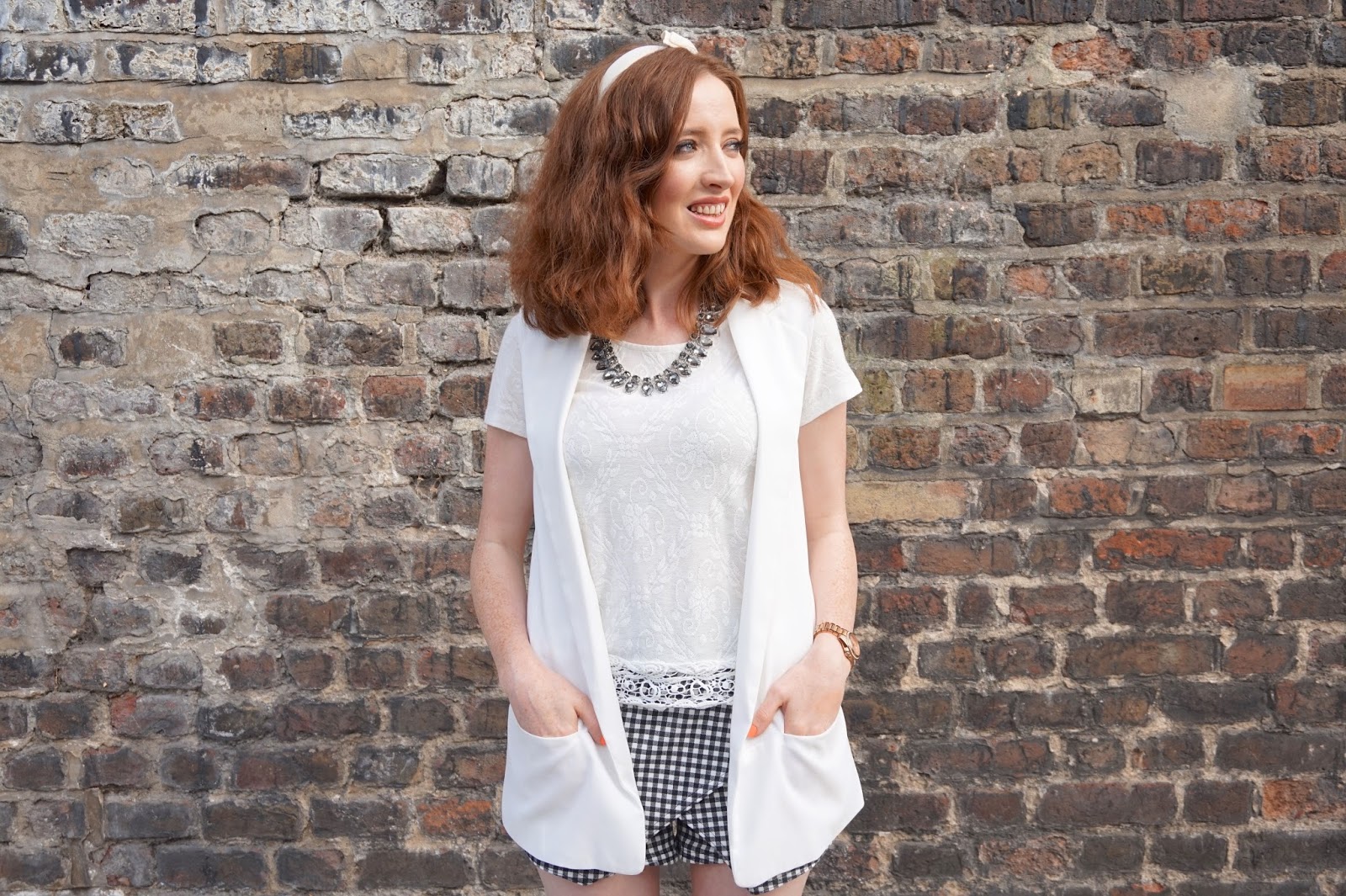 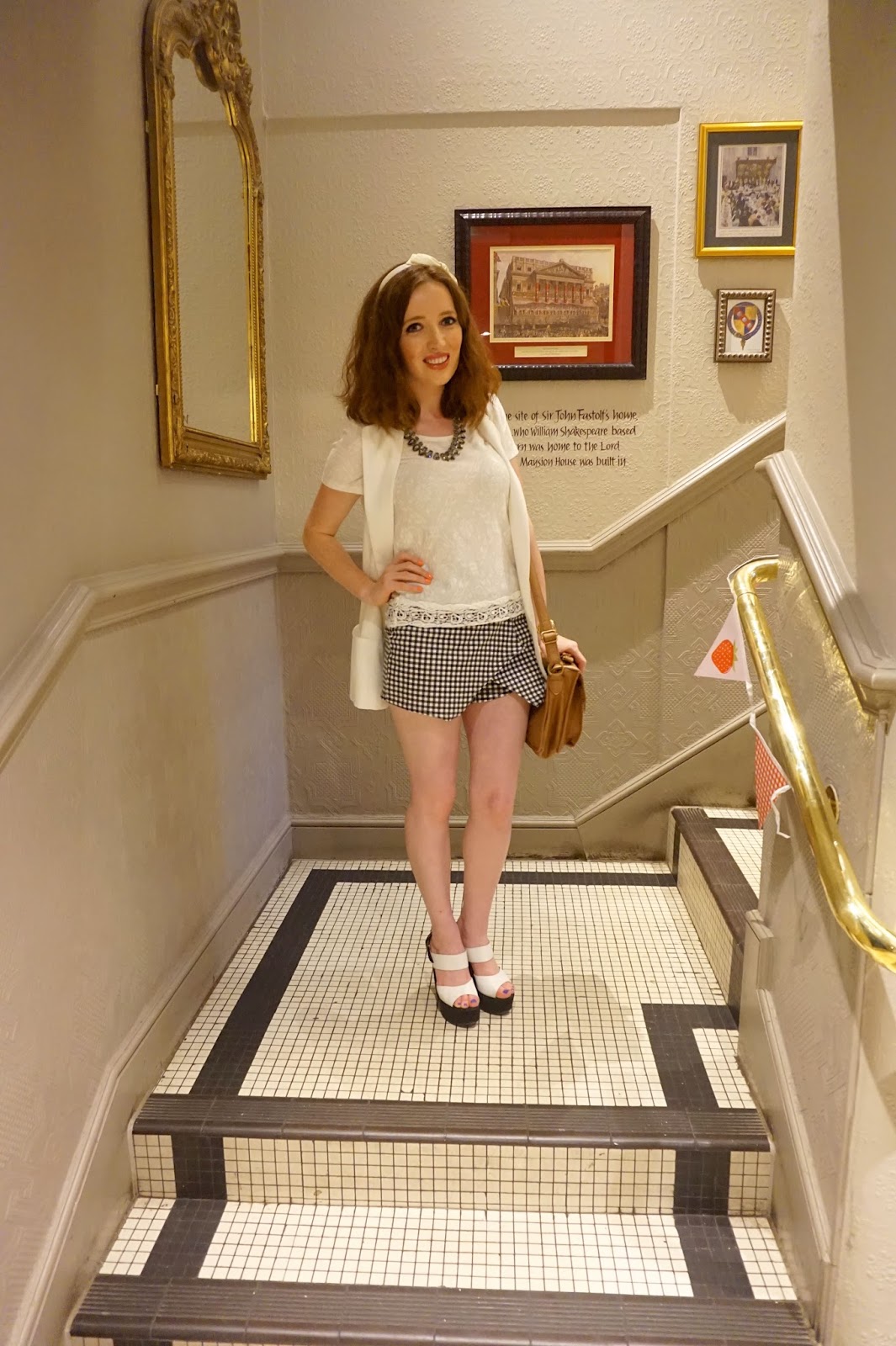 Outfit Details
Skort WearAll* // Wedges & Hairdband New Look // Top George at Asda* // Bag & Sleeveless Blazer Primark // Necklace Phase Eight*
Since it was my one excuse to wear a Wimbledon themed outfit I decided I just had to wear my skort – really getting into the tennis mood. I kept the rest of the outfit casual but still embracing the all-white dress code. 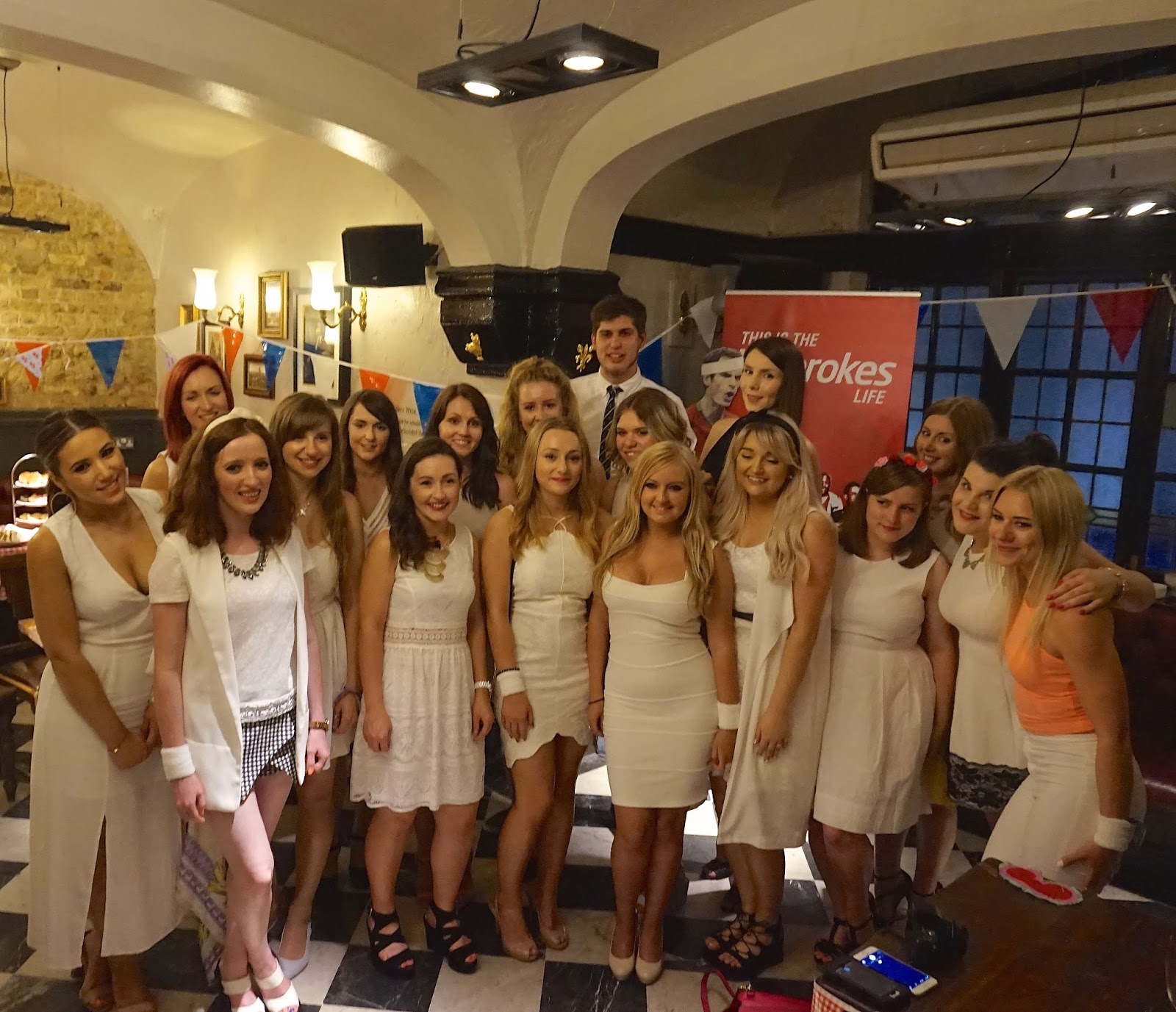 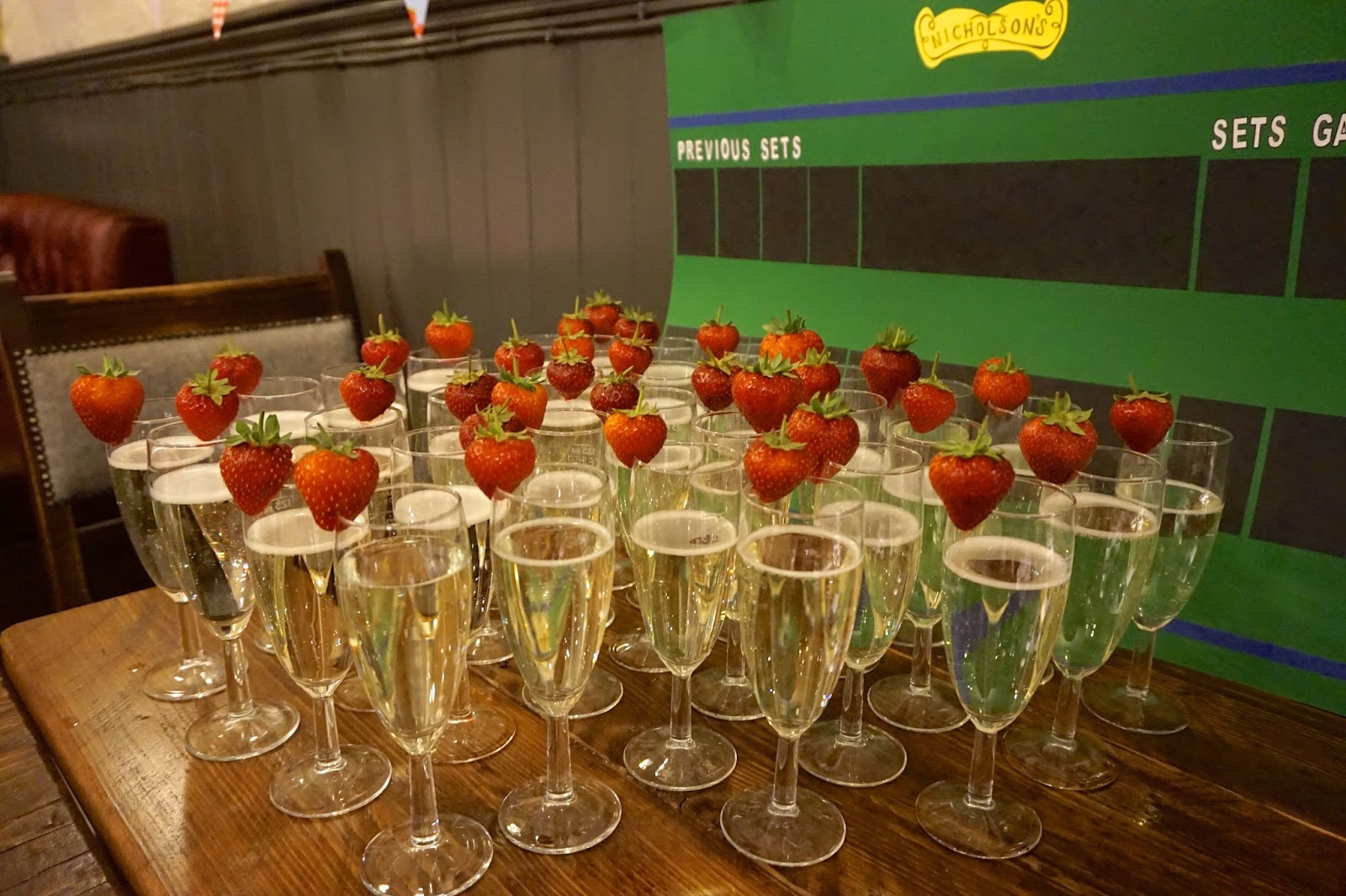 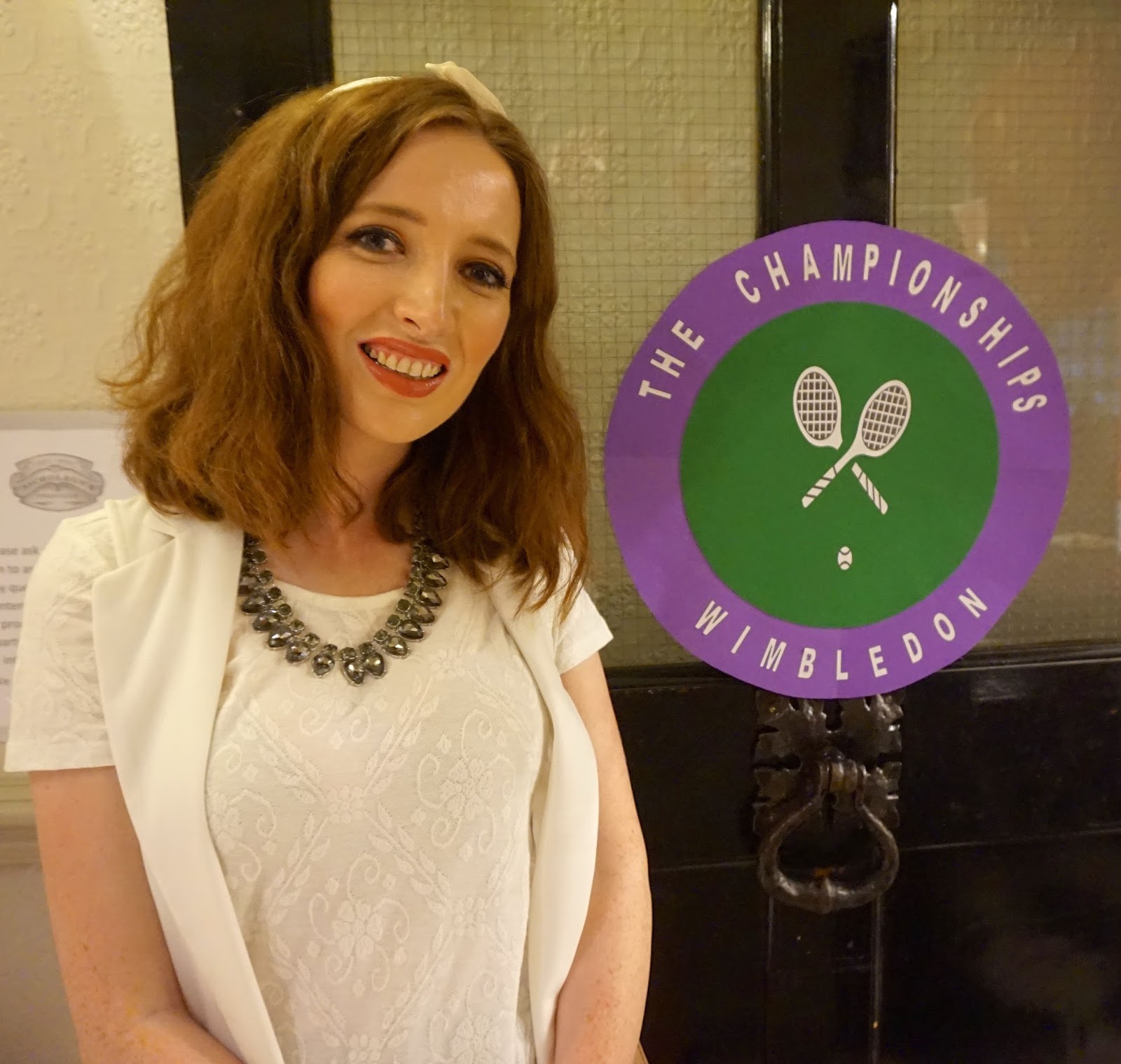 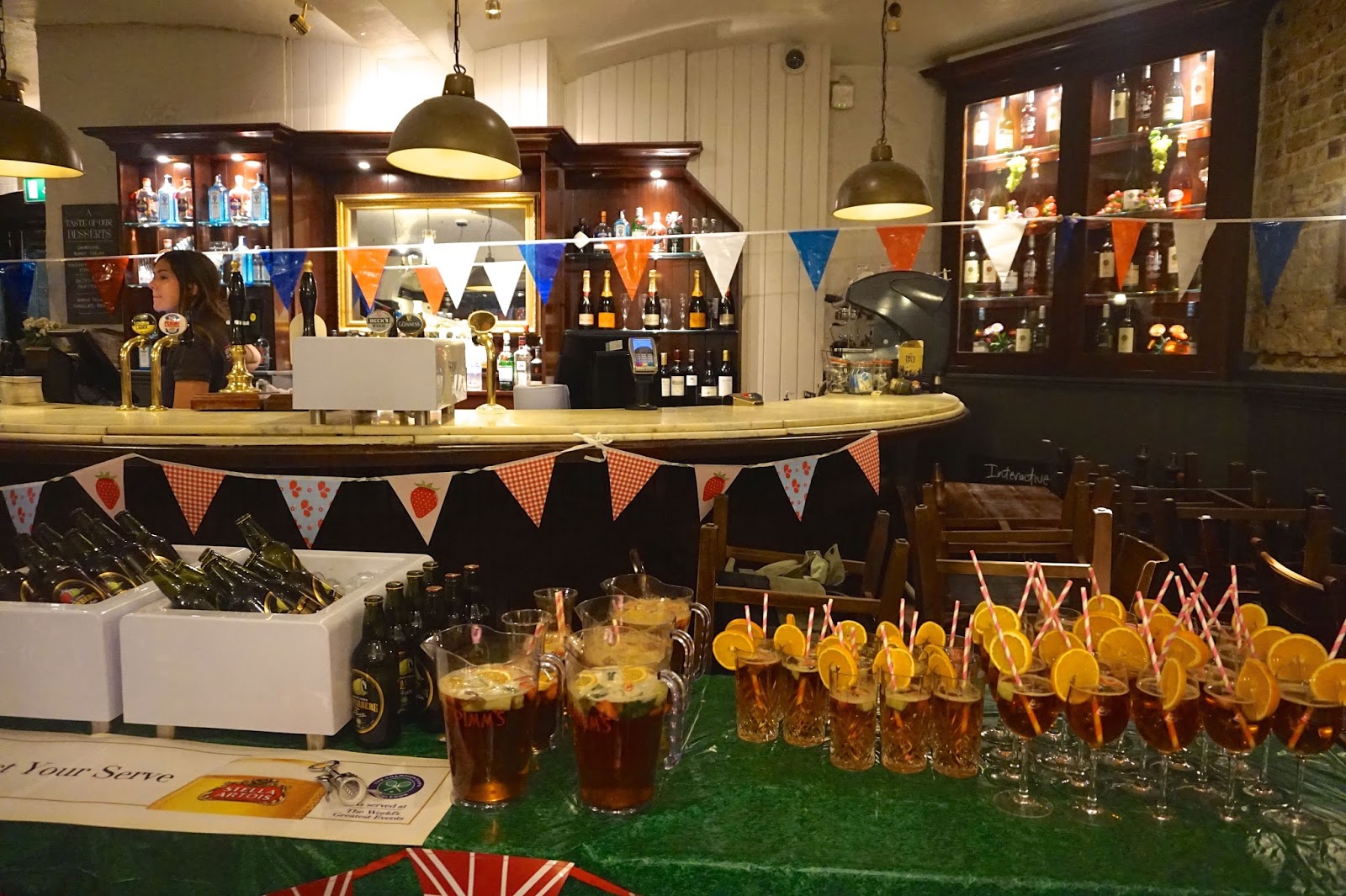 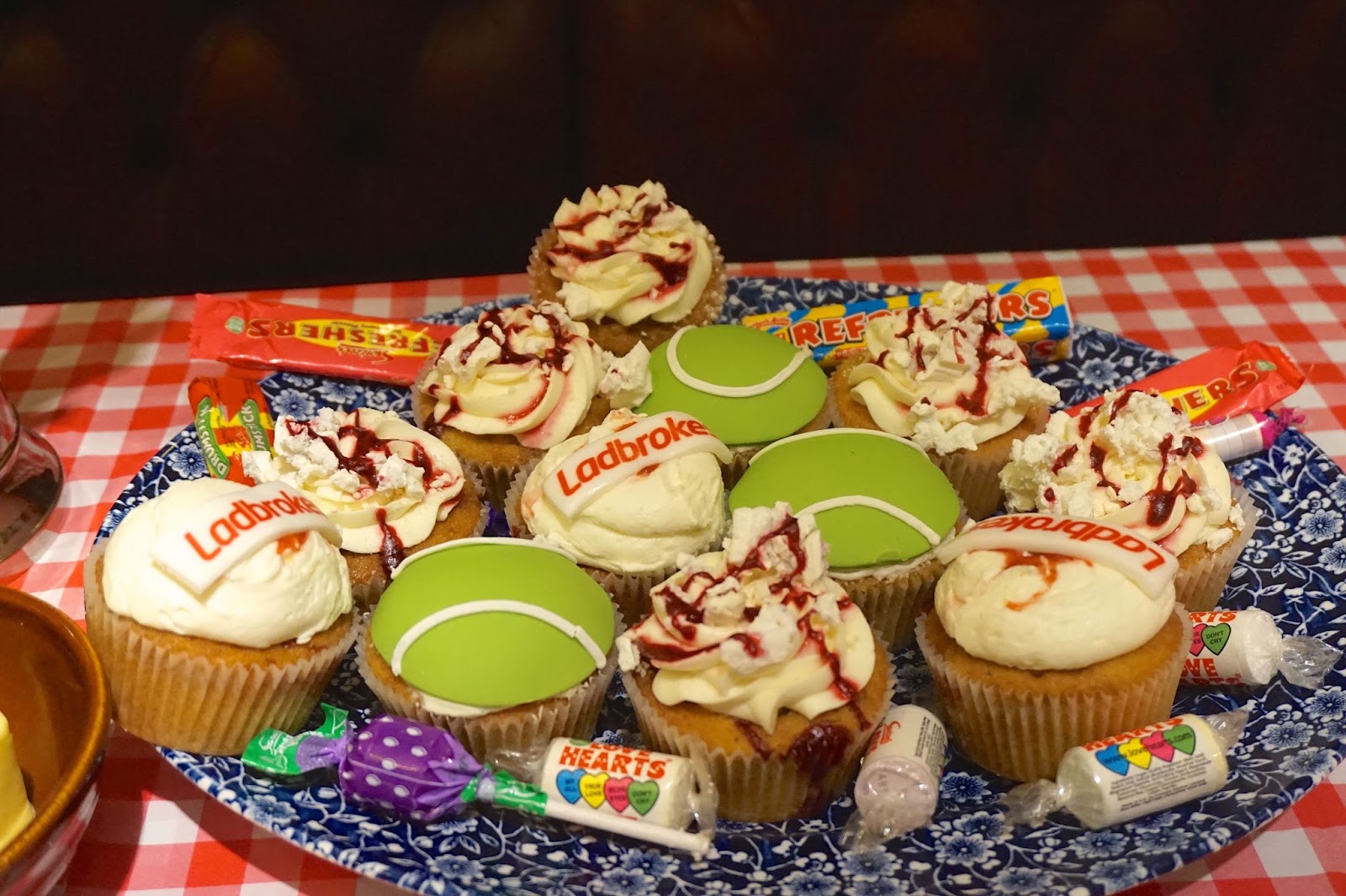 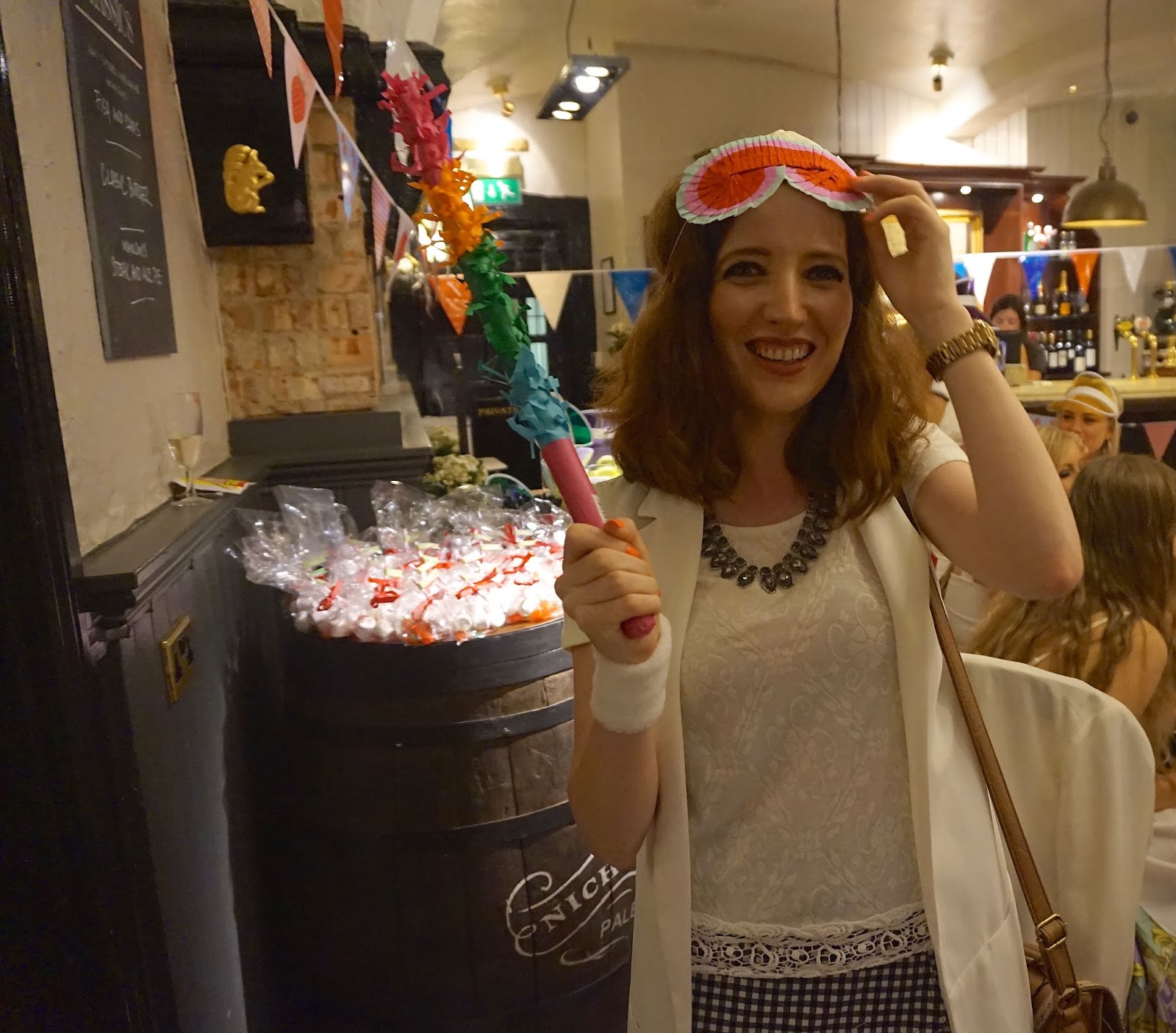 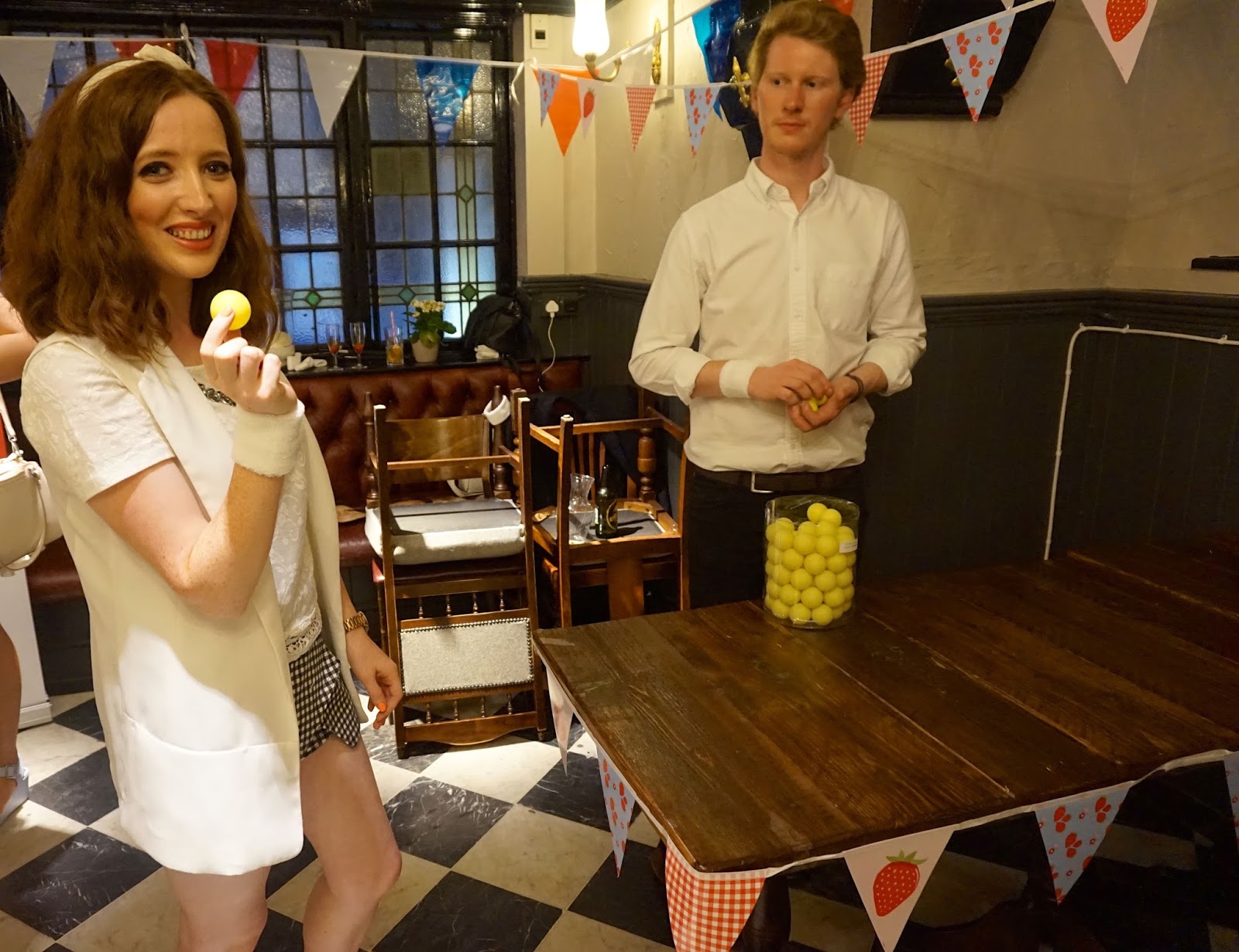 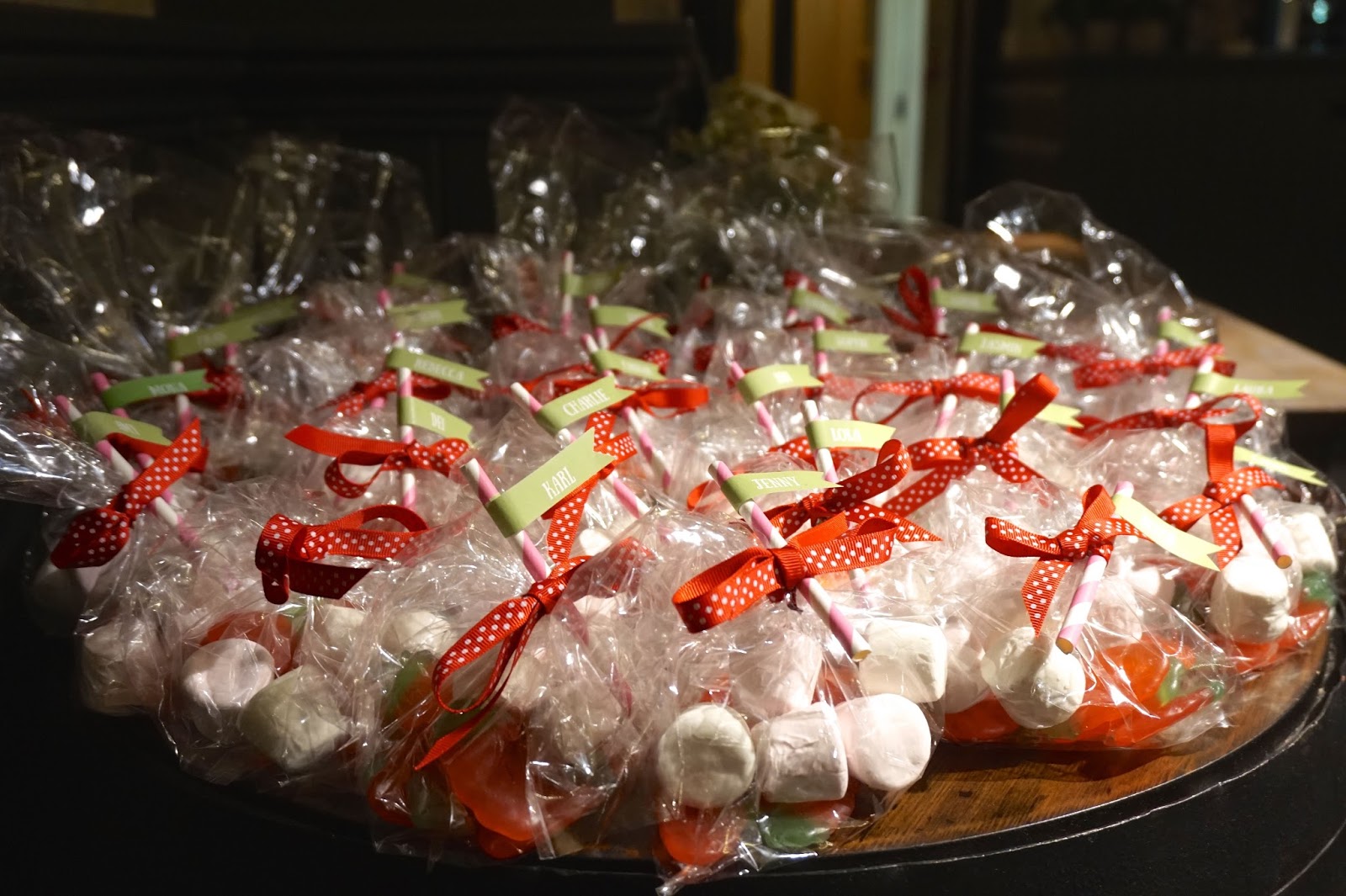 The party was so much fun! It was held at Martha’s Bar in the Williamson’s Tavern which is in a trendy area of London near St. Pauls Cathedral. When I arrived I was greeted by the lovely team with Ladbrokes and brought down to the party room which was decorated ‘to the nines’ with tennis gear and bunting.  There’s was process and strawberries or Pimms to kick off the fun and a spread of food which I could have nibbled on all weekend it was so good – think scones and cream, fancies and all the goodness one would wish for at a Wimbledon Summer party.
It was also a great opportunity to catch-up with bloggers who I had spoken with briefly at other events and also to meet some new faces. Since I still consider myself ‘new in London’ I’m always eager to talk to as many people as possible at blogging events as the blogging community is such a great way to make new friends in London. I really enjoyed catching up with Mona from MonasEyes who was more than happy to jump in a few of my Periscope broadcasts at the party too.
Then it was time for the fun to begin. Ladbrokes had organised Wimbledon masks, a Wimbledon pub quiz and a giant strawberry piñata to keep us bloggers entertained. There was also tennis-pong, their take on beer-pong which I surprisingly came joined first in! I won my own Pimms Starter-Kit so now I have an excuse to through a Summer party in London 🙂
I want to thank the team at Ladbrokes for inviting me along as it really was such a fun night and one I truly enjoyed. 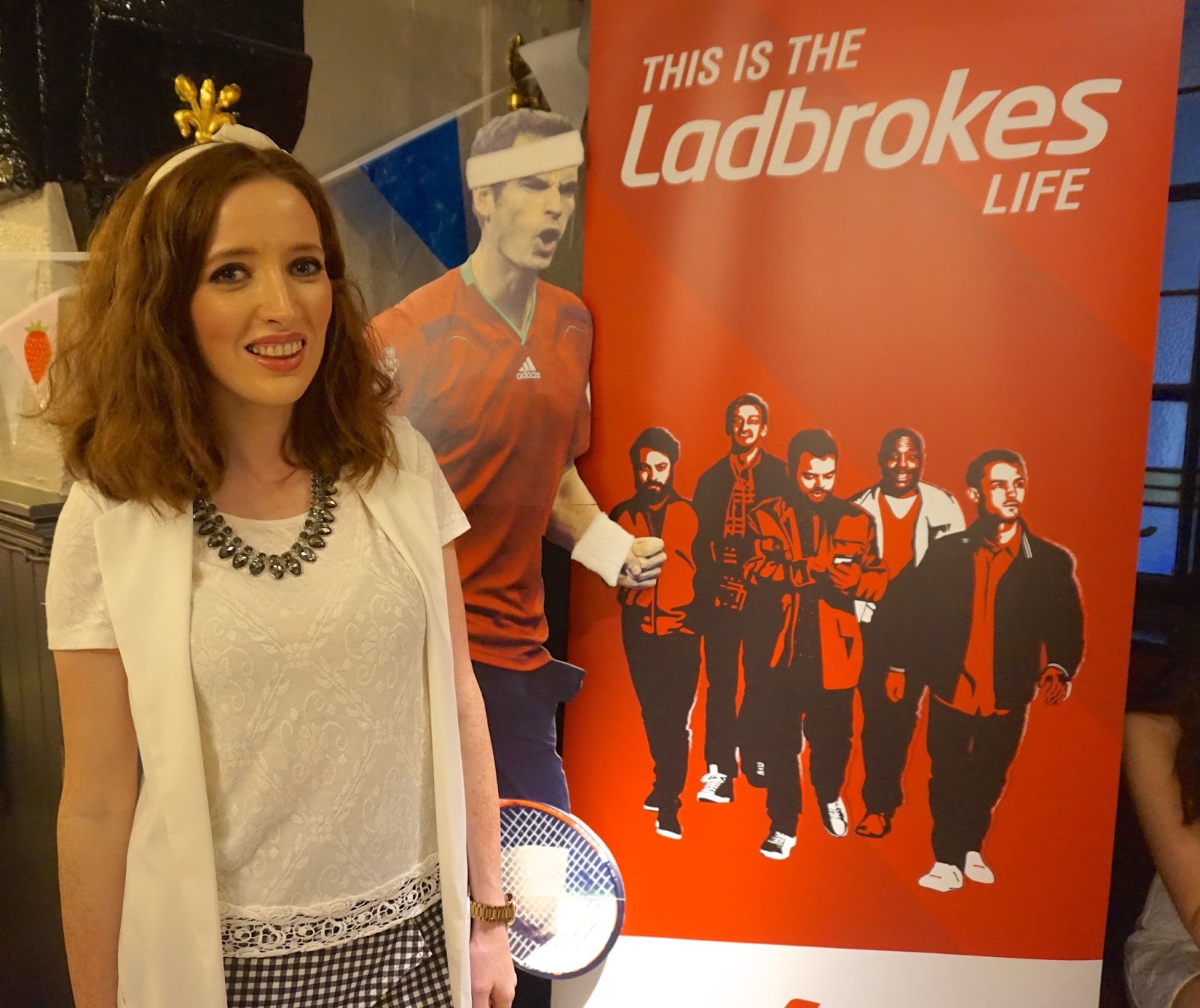 What would you wear to a Wimbledon themed party? Let me know in the comments below.
Connect with Bec Boop

Live Your Life in Pink