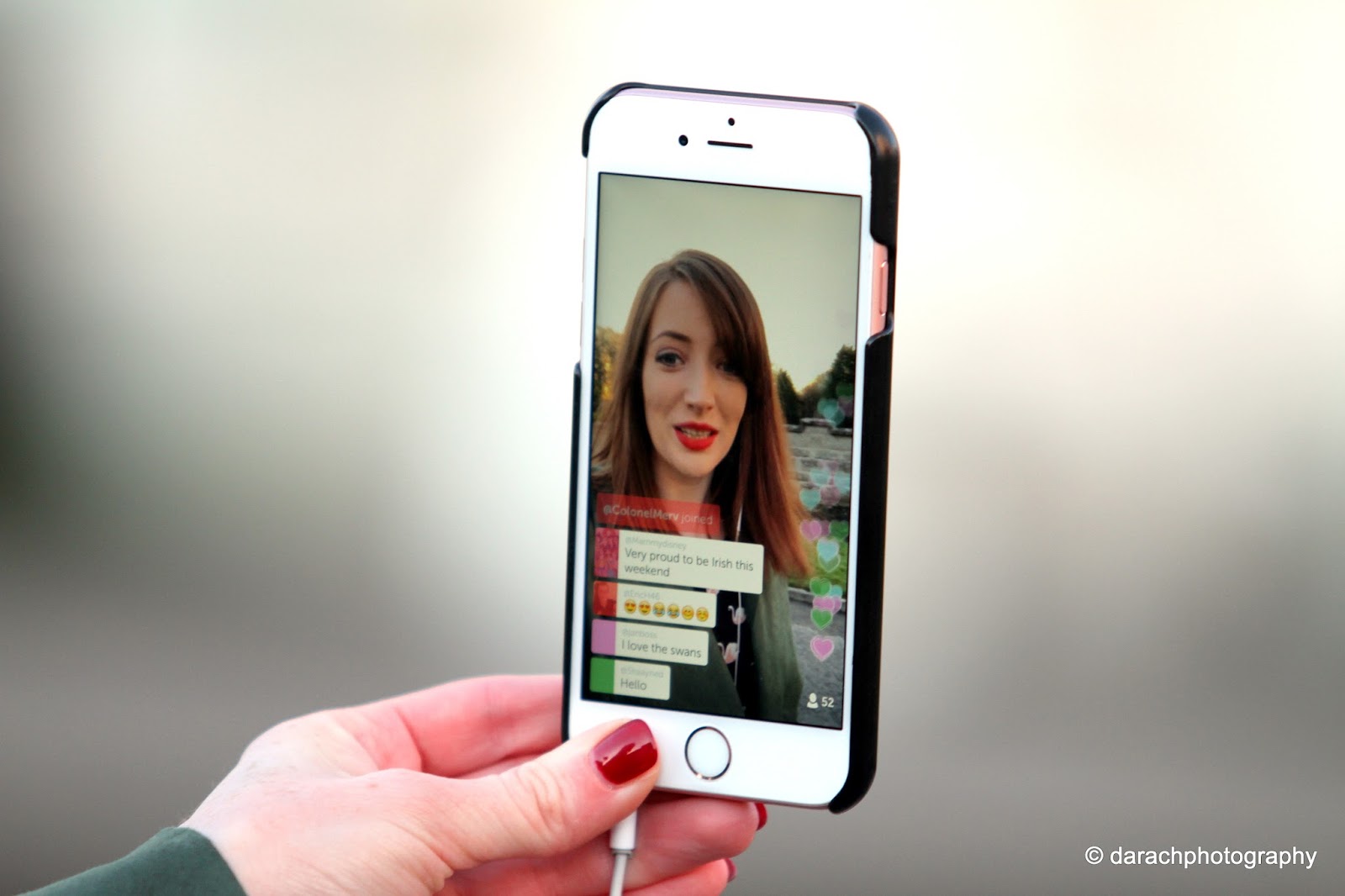 This day one year ago I pushed ‘Start broadcast’ on Periscope and the mobile app has been a part of my everyday life since that moment. Today I celebrate one year of live streaming on my Periscope channel @BoopFashionista and I thought a fun way to commemorate this moment was to share my favourite 10 broadcasts of my first year on Periscope.

My first broadcast was entitled ‘Working on tha blog’ and you can see the tweet here. I love using Periscope to connect with the world through watching my favourite scopers on the app and also sharing my own little part of the world with my viewers. My Periscope channel is a mix of daily live-vlogging, event coverage, travel, blogging and fashion. This day last year when I did my first live broadcast on Periscope I can safely say I could never have predicted that I would be writing this post today with almost 35,000 followers and having been a featured broadcaster on the app for International Women’s Day 2015 as an inspiring woman on Periscope. My viewers have travelled around the world with me. Along with daily scopes in London I have also shown my viewers the beauty of my home country, Ireland. We also travelled to France, Germany, Holland, India and New York City during the year. I am beyond grateful to my amazing viewers for entertaining me on a daily basis through the fun we have in the chat-room. You guys make me smile and giggle so much! Periscope has opened my blog BecBoop up to a whole new, wonderful audience and I have loved hearing your input on my blog posts every week. Thank you to the BoopTroop for everything over the last year. I can’t thank you enough for supporting my charity initiative where we raised over £1,000 for the Teenage Cancer Trust through my Periscope channel. Thank you also for supporting my involvement in UK National Internet Safety Day, a cause I feel very strongly about. Being able to use my channel for these good causes means everything. Now, let’s get into my favourite broadcasts, let me know in the comments if I missed your favourite Boop Scope! 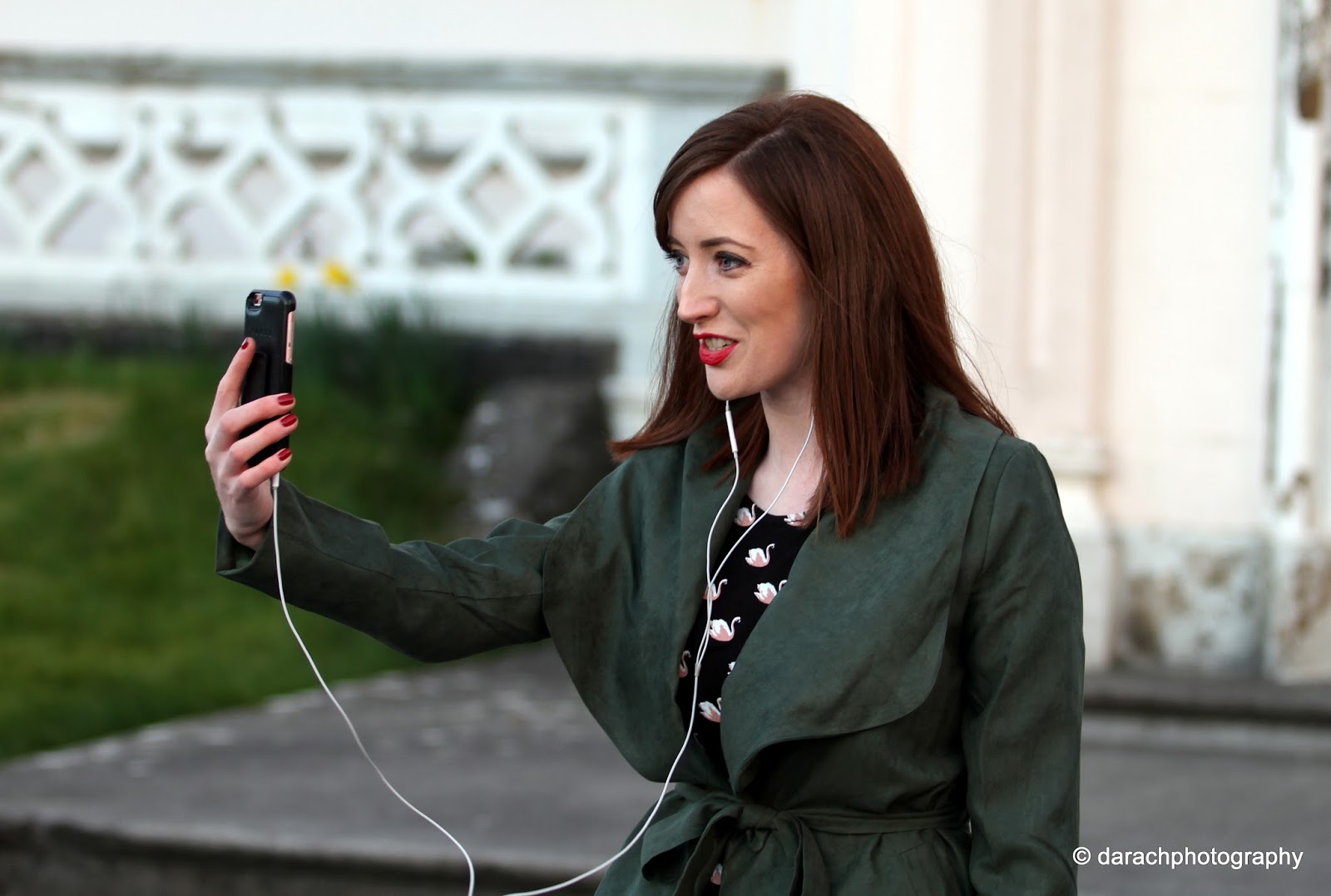 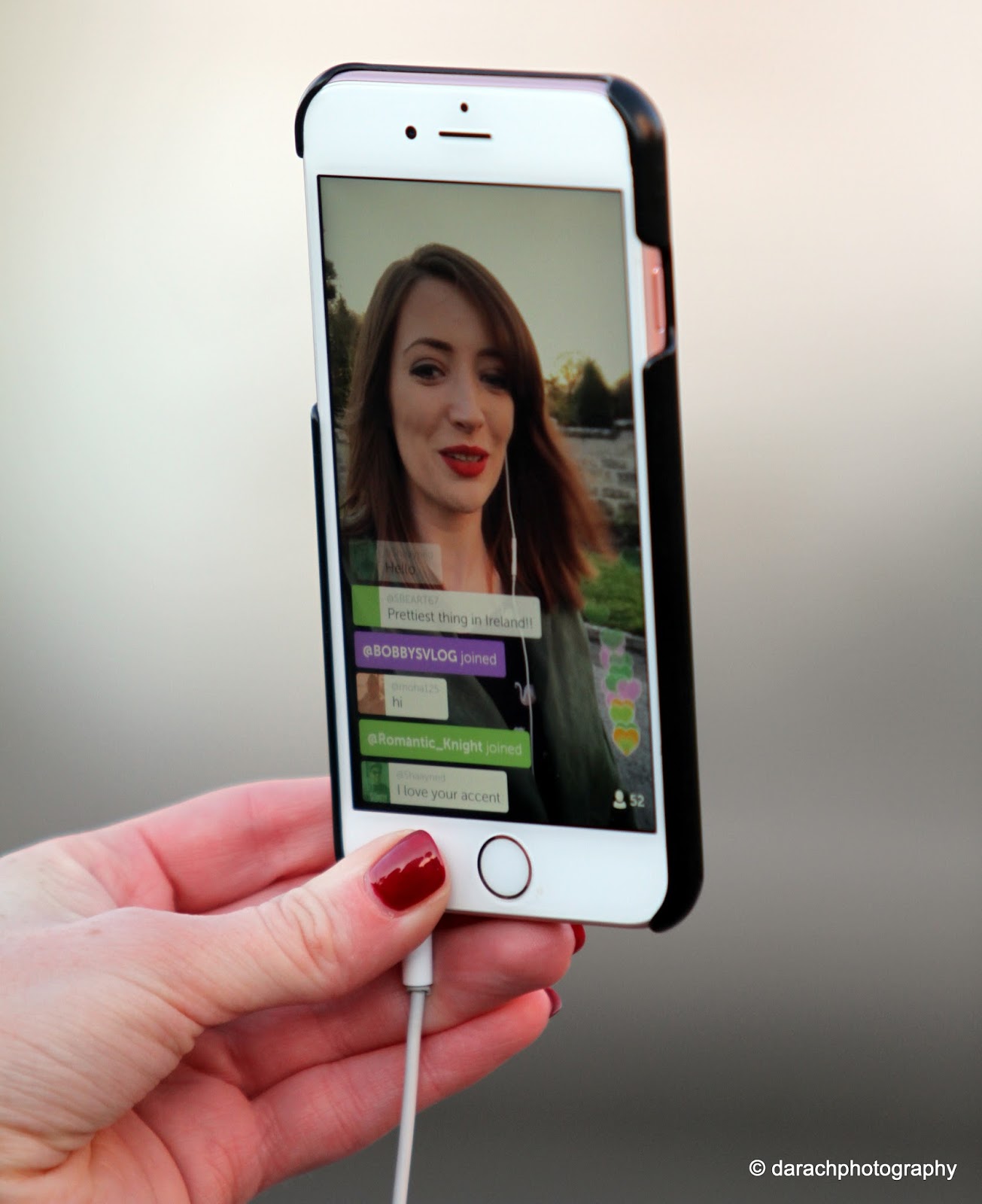 Periscoping British Royalty was without a doubt my ‘OMG’ Periscope moment of the year. I was invited to live stream the official opening of the Cheesegrater Building in London, which is one of the iconic London buildings that I show you guys regularaly on Periscope. On my live stream we caught the arrival of Prince William and Prince Harry at the Cheesegrater building and later that morning I Periscoped them unveiling the plaque and declaring the building officially open. You can re-watch all the scopes from the day in my Cheesegrater London opening blog post.

My New Year’s Eve scope in O’Connors bar, Galway city, Ireland was an extra special one. I deliberated going back to London in order to Periscope the fireworks display but thought it was more important I share with my viewers how I traditionally ring in the New Year and how we do it in Ireland. The short Periscope broadcast was one of 3 broadcasts featured on the app that night and received over 118,000 views in 24 hours. It was so special to be able to share my wonderful home town with the world.

I saw many periscopers set up gofundme accounts where their viewers donated funds to them. Without a second thought I knew I would donate my tip jar to charity and of course the Teenage Cancer Trust were my first choice. I have worked closely with the Teenage Cancer Trust previously along with being to see their clinic in London and meet some of the patients. We raised over £1,000 for the charity in one week and I could not have been prouder of what we were able to do together on Periscope.

During my first year on Periscope I was invited to cover London Fashion Week twice on Periscope. The highlight of course was live streaming the Jasper Conran AW16 show, more details about the collection and show here.

I love to have fun on Periscope. Probably my true favourite Periscope broadcast has been my daily coffee scope which has become such an integral part of my everyday routine now. Trust me, starting my day with the Boop Troop every morning is the best! It was not possible to pick a favourite coffee scope however, there are too many of them. So I thought this Periscope I did outside London’s Kings Cross station was a lot of fun. I started by showing the art installation and by the end of the broadcast we had been swinging inside the cage together 🙂 Enjoy!

The centenary of the 1916 Rising took place this year with many events around the country. My hometown of Athenry in Co. Galway was one of the locations selected for the memorial events and I was thrilled to be able to share this icononic commemoration on Periscope.

I took up public speaking this year as I learned how much I love to talk about Periscope, live streaming, how I use it for blogging and the benefits I have found of this form of social media. My first speaking event was at the Online Marketing in Galway September event where I spoke to digital marketers about the perks of Periscope. I followed this up by presenting at the Irish Bloggers Association in Cork shortly afterwards and also as a keynote speaker at Periscope Rally in Germany. I truly enjoy speaking about something I am so passionate about and am looking forward to more speaking opportunities in the future. Coming up later this month I will be on the live streaming panel at RTE MojoCon mobile technology conference in Dublin.

Periscoping in Paris was another highlight for me. I started the day by sharing my view from the Eiffel Tower where we could see the Basilica de Sacre-Coeur in the distance and later that day I periscoped the reverse; the view of the Eiffel Tower as seen from the dome at the top of the Sacre-Coeur.

Recently I shared this incredible Rolling Stones photography exhibition by Gered Mankowitz at Snap Galleries in London. What made this periscope extra special was the fact that I was joined by Gered who shared the intimate stories behind the photographs of the band which he took during the 1960’s. I was truly in awe listening and was so pleased to be able to share this with my viewers on Periscope, many of which are big fans of the Rolling Stones! 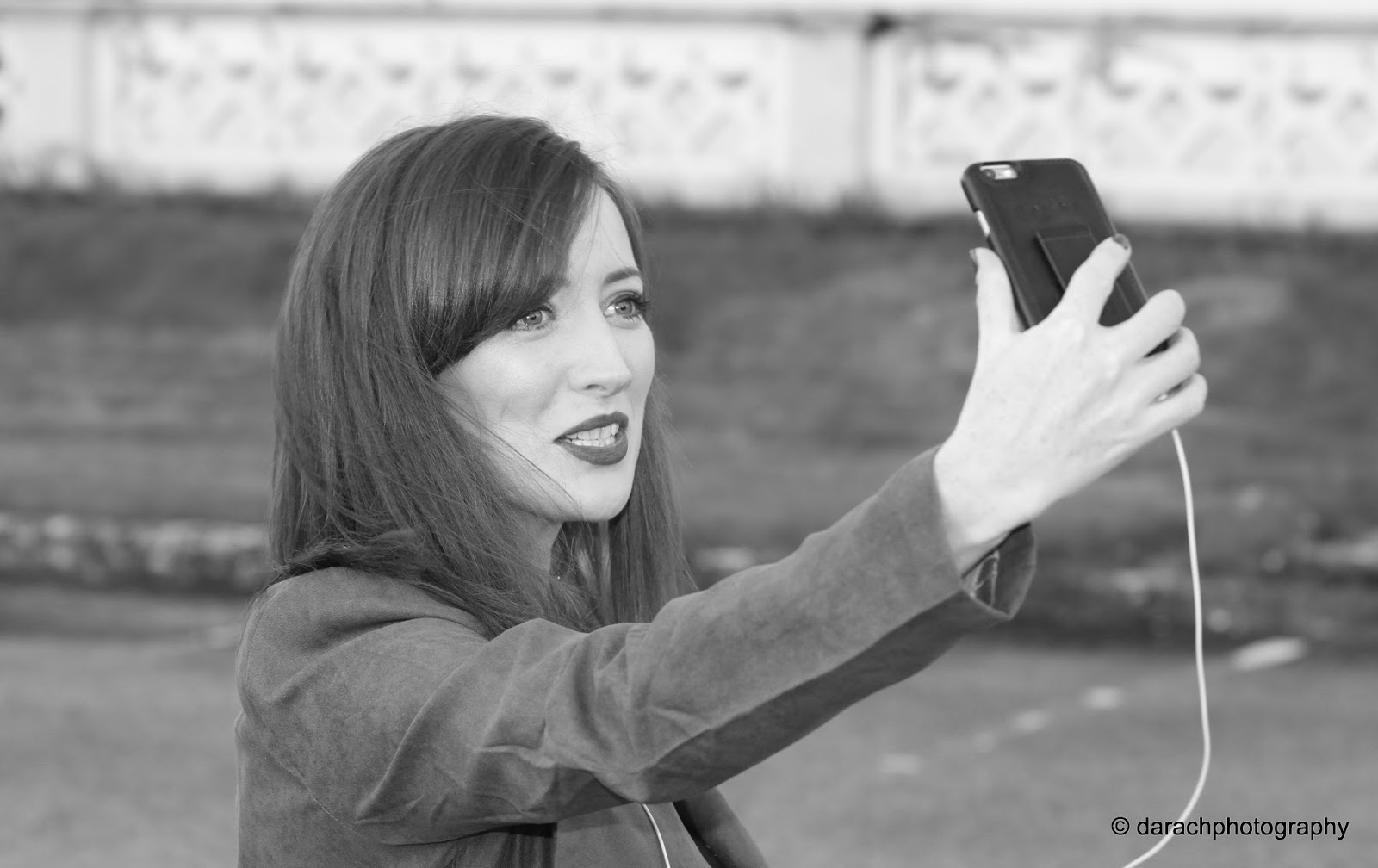 P.S. for a little laugh check out this video from 26 April 2015 where I talk about an amazing new app I discovered – Periscope.

I’d love to hear from you in the comments below. Which of my Periscope broadcasts have you enjoyed the most in the last year? Thank you for an amazing year together on Periscope! 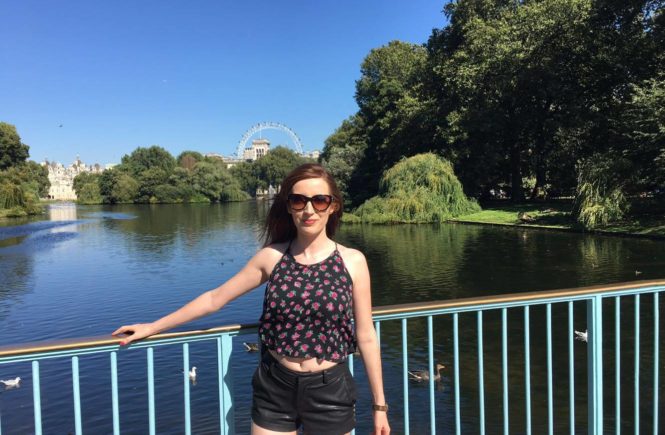 A VISIT TO LONDON’S ROYAL PARKS